No products in the cart.

THE FLU AND WORKING OUT

Home / General / THE FLU AND WORKING OUT
Return to Previous Page 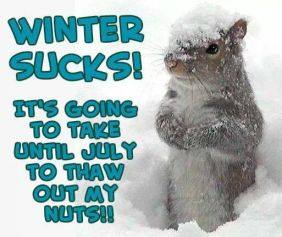 THE FLU AND WORKING OUT

Should you work out when you feel like you’re coming down with a cold? According to the research, this may in fact be a good idea.

At the very least, it is unlikely to do you any harm unless you exercise too vigorously..
In one such study, participants were infected with a cold virus and then divided into two groups: an exercise group or a non-exercise group.

The exercise group did 40 minutes of supervised exercise every other day at 70 percent of their maximum heart rate.
At the end of the 10-day trial, the researchers concluded that while there were no differences in the severity or duration of the symptoms between the two sets of subjects, there was a difference in how they assessed their own cold symptoms.

The exercisers reported feeling better overall compared to those who remained sedentary.

Other studies have clearly shown that regular exercise will help prevent catching colds in the first place.
For example, one 2002 study found that those who exercised regularly suffered 20-30 percent fewer colds. Other studies demonstrate an even greater impact.

According to a 2006 trial, regular, moderate exercise reduced the risk of colds in postmenopausal women by half. The year-long study examined 115 sedentary, overweight, postmenopausal women, none of whom smoked or took hormone-replacement therapy. Half were assigned to an aerobic exercise group and the other half attended a weekly stretching class only.

The patients in the exercise group were asked to work out about 45 minutes a day, five days a week, but they were only able to reach the 30-minute mark per day, with brisk walking accounting for the bulk of their body work. By the end of the study, the women who performed aerobic exercises on a weekly basis had half the risk of colds of those who did stretching only.

The ability of moderate exercise to ward off colds also seemed to increase the longer it was used. In the final three months of the study, the stretching-only group had a three-fold higher risk of colds than the exercisers.
The fact that the enhanced immunity was strongest in the final quarter of the year-long trial suggests it is important to stick with exercise long term to get the full effects. I’ve often said it’s crucial to treat exercise like a drug that must be properly prescribed, monitored and maintained for you to enjoy the most benefits. That also means that you can’t bank exercise either; it’s not like money. Even if you were a world-class athlete, in about two weeks of not exercising you will tend to start to experience deconditioning.

Personally, I believe that if you have enough energy to tolerate it, increasing your body temperature by sweating from exercise will help to kill many viruses. However you need to be very careful and listen to your body, and not do your full, normal exercise routine, as that could clearly stress your immune system even more and prolong your illness if you are not careful and wind up overdoing it.

Also keep in mind that exercising too much can have the opposite effect on your immune system.

This is because intensive exercise boosts production of cortisol; a stress hormone. Stress hormones inhibit the activity of natural killer cells—a type of white blood cell that attacks and rids your body of viral agents. This is why running a marathon can actually increase your chances of getting sick shortly thereafter. In fact, elite endurance athletes can suffer anywhere from two to six times as many upper respiratory infections during a year, compared to average, active individuals.

According to an article in Sports Science Exchange, athletes are advised to avoid exercise if cold symptoms are “below the neck,” or if they’re running a fever. So-called “head colds” seem to be less serious in general. I think the same recommendation would be prudent for most people.

Above all, always pay heed to what your body is telling you, and if you feel too fatigued to work out, don’t push it. More than likely, what you need then is rest. But if you’re thinking of skipping your workout routine simply because you’ve been told you “shouldn’t exercise when sick,” then you may want to reconsider, as it could actually help you feel better, sooner. It will be especially helpful to mildly stimulate your immune system with some gentle exercise.
If you want to avoid colds, it’s important to understand what causes them. And while exercise-deficiency may be part of the problem, another factor is likely to get top billing… The average American gets one to four colds per year, and colds are a leading cause of doctor visits and missed days from work and school. The majority of them occur during winter months, and this is a major clue as to one of the primary causes, namely lack of sunshine, and hence decreased levels of vitamin D.

In fact, there’s compelling evidence suggesting cold and influenza may be little more than symptoms of vitamin D deficiency. The connection between vitamin D and reduced immune function is so strong that boosting your vitamin D levels anytime you feel a cold coming on should definitely be at the top of your list. Ideally, you’ll want to maintain your vitamin D levels within the optimal range year-round, of course. But according to Dr. Cannell of the Vitamin D Council, you may also stop a cold in its tracks, or shorten its duration, by taking up to 50,000 IU’s of vitamin D3 for three days.

Most people mistakenly believe that colds are caused by bacteria, but this, of course, is incorrect. Colds are triggered by viruses, which is why using antibiotics to treat a cold is an exercise in futility. It simply will not work. This is because viruses are much smaller than bacteria and have entirely different structures that make them impervious to antibiotics. The only thing you’re doing by taking an antibiotic for a cold is unnecessarily weakening your immune system further, by destroying all the bacteria—both good and bad—in your gut, which is where 80 percent of your immune system resides.

That said, it’s important to recognize that although the virus actually triggers the cold symptoms, the virus is NOT the real cause of the cold. Believing that a virus “causes” a cold is a very dangerous perspective to take, for once you allow external forces to “control” your health, you lose the ability to improve it.

In a nutshell, colds and flu are symptoms of immune system deficiencies, as your immune system is normally fully capable of eradicating viral invaders such as the cold virus. The only time the virus can take hold is when your immune system has been compromised. Although there are many ways you might end up with a weakened immune system, the more common contributing factors are:

I believe optimal health will remain elusive unless you have an active lifestyle. A regular exercise program can do amazing things for your health, and boosting your immune system is a major part of those benefits. If you are exercising regularly, just as if your vitamin D levels are optimized, the likelihood of your acquiring an upper respiratory infection decreases quite dramatically. Another benefit of exercise is its ability to stabilize your insulin levels, which will have a cascading positive effect throughout your body.

Whenever you struggle with your time management, remember that exercise is every bit as important as eating, sleeping and breathing… Viewing exercise as a necessary, non-negotiable part of your day is the trick to getting it done. Ideally, schedule it into your appointment book the way you would an important meeting or social event. Set the time for it and then make no excuses about keeping it.

To maximize the benefits from exercise, you’ll want to include a variety of more challenging techniques. You need not only strength training and aerobics, but also core-building activities, stretching and, most importantly, anaerobic or high-intensity interval training-type exercises.

Please don’t make the mistake I did for decades by wasting your time on steady, hour-long cardio sessions on the treadmill as your primary form of exercise. It’s actually one of the least effective forms of exercise there is. High intensity interval training, on the other hand, whether you do it on a treadmill or a recumbent bike, or using weights (aka super-slow weight training), has been shown to be one of the most effective forms of exercise—even providing benefits you can’t get any other way, such as boosting the release of human growth hormone (HGH), also known as “the fitness hormone.” 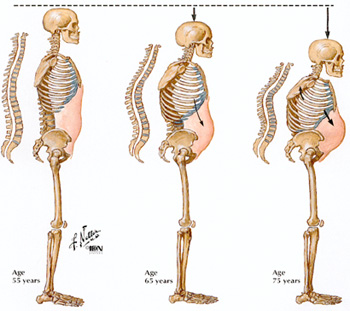 Use this form to find things you need on this site

No products in the cart.